Where's The Young and the Restless when you need them?

Well I did it! I completed a pretty good run on the treadmill..with the help of Young and the Restless!  Thank's Y&R!  I headed to the gym on Wednesday since we didn't have school.  I really need to have a few week days off from work so I can head to the gym in the afternoon.  Did you know that you have your pick of machines during the afternoon of a random weekday?!  I know I had no idea!  Now I just need to figure out how to get to the gym during the school day.  Anyone want to volunteer throwing a bunch of snow around the superintendent's  house so he thinks a blizzard has happened once a week??  I'm sure his will not catch on to this trick.

Anyway..back to the gym..I headed over during my surprise snow day to attempt to get in a run on the treadmill.  I figured I would mess with the speed to keep things interesting.  Since it works for lots of you all, I figured I would try it.  Well I got on and realized that Y&R was on. 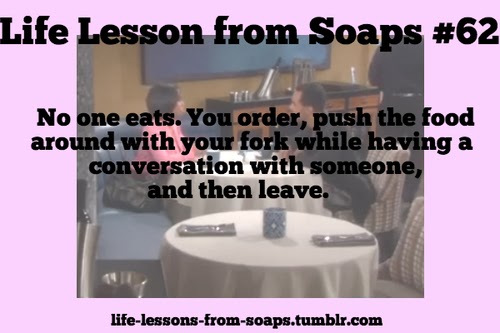 So I decided that I would unplug my music and see what was happening with Nicki and friends.  I think it was a great idea!  I was able to get in almost 5 miles on the treadmill.  Thank you Y&R!

On Thursday I headed out with some friends to listen to a band.  We claimed we were ushering out the January birthdays (KP's) and welcoming in the February birthdays (Jen's and mine).  But really it was just an excuse to hang out without sweaty clothes and listen to music.  As always it was a good time hanging out with running friends. 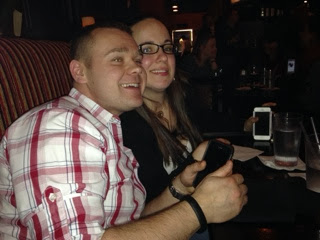 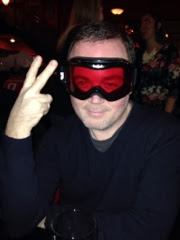 No we didn't go skiing.. Those goggles were made for bars. 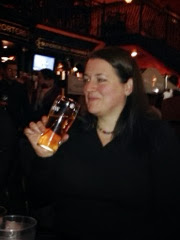 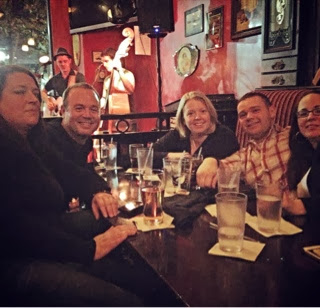 Posted by Running Librarian at 10:15 AM

WooHoo - way to go on the 5 mile run!!! Something entertaining to watch always helps!!!
The "beer" goggles are cracking me up!!!