Jen and I met up for a 15 mile run on Saturday. I didn't have any real expectations for the run except it will be chilly. Sunday was supposed to be rainy so Saturday was probably the best run day of the weekend.
We headed out from Jen's house towards shirlington. We were just chatting and running. I could tell that this weeks long run was going to be better than last weeks. Around mile six I was feeling pretty good. We were headed into shirlington and I needed a bathroom so we detoured to the library. I love indoor plumbing! 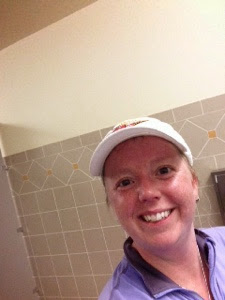 I also love tissues. Not only was I happy to use the facilities but was excited to be able to blow my nose!  I've been battling a head cold for the last couple of days. I actually think the run may have helped loosen my sinuses up. I haven't felt nearly as stuffy since Saturday. Score one for long runs!
So after our mini rest stop we headed back on the trail.  We ran until we hit 7 1/2 miles and turned around. We had one older gentleman ask how far we were going to run and once we told him I think he almost had aheart attack. As we approached the 8 or 9 mile mark we realized that was around the point in the previous week I started yelling out "I hate running!"  I was not to that point yet so this run was looking much better that last weeks. We were maintaining a pretty consistent pace. I wasn't  frozen to death. The sun was out. It was a great run! 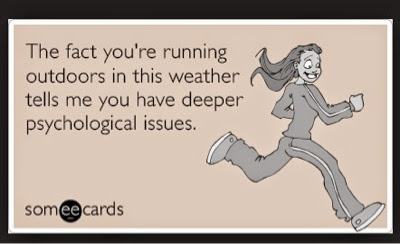 The last two miles I had to dig a little deeper, which always happens at the end of my runs. But we finished with smiles on our faces. I drank some chocolate milk at Jen's and then took off for home. 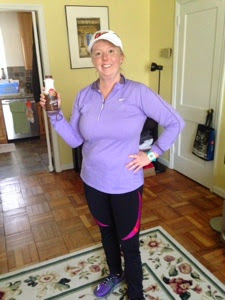 Nothing is better after a long run in the winter than a nice hot bath. Which is just what I did. Then I spent the day finishing a book that I was reading. I love weekends when you can just lay around and relax.
Posted by Running Librarian at 9:49 AM

Hooray for feeling better during the long run!!
I'm all about a nice hot bath after a long run - and then spending the day reading - perfect!!!