Looking for a baby panda at the zoo 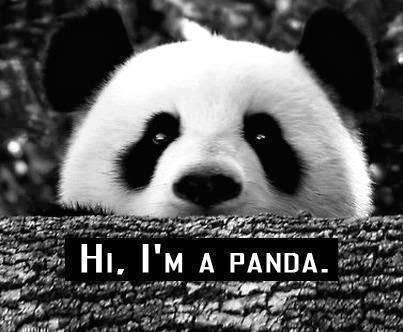 So yesterday Megan and I decided to head up to the National Zoo to check out the new baby panda, Bao Bao.  She just started to show off to the public on Saturday.  Really she does not have to do much to show off because she is just so darn cute!  We headed up early since they opened Bao Boa's enclosure early this weekend and we were hoping of getting there by 8:30.  We didn't want to go and end up not seeing her because she was sleeping! That would just be the worst thing ever!

We headed towards her enclosure since most of the zoo's animals were not out in their yards yet and all of the houses at the zoo didn't open until 10.  There really wasn't much of a wait..maybe 30 minutes.  They were letting groups of 30 people in to see Bao Bao and her momma for a bit.  Once we got in to see Bao Bao we were very disappointed.  She was just finishing up feeding from her mom and of course that means nap time.  Turns out pandas are not much different than we are. When we went to see her, momma was covering up Bao Bao so we really couldn't see much.  So sad.  The nice thing was the zoo people let us in there for quite some time hoping that Bao Bao would move around.  I don't think they were as concerned about the length of time we were in the panda house since the lines were not yet crazy.

We headed out of the panda house and just walked around the zoo.  We visited the gift shop to find some panda stuff to buy later in the day.  We then decided that we should head back and see if Bao Bao is awake yet.  We kept checking the panda cam to see what she was doing.  She looked to be moving some so we figured by the time we stood in line again we might be able to see her.  After over an hour wait we were able to see her.  She was just so darn cute! 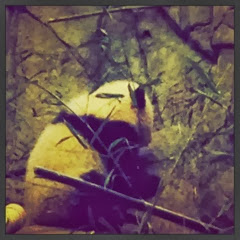 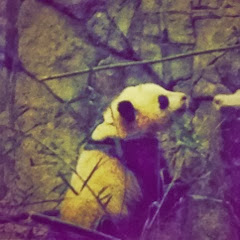 Afterwards since it was near lunchtime we headed down the street to a very yummy pizza place.  Really who wants to eat zoo food when you could enjoy a yummy pressed sandwich made with homemade bread and a salad?  My mouth is watering just thinking about it.  It was so good.

After lunch we headed back to the zoo. I had hoped to see the new tiger cubs.  They were about as cute as the baby panda. When we walked into the zoo the line for Bao Bao was outside of the panda area and the zoo person said that it was at least a 2 hour wait.  I would guess closer to 3 hours.  Wow!  Glad we went earlier in the day.  I don't know if I would have waited in that crazy line. 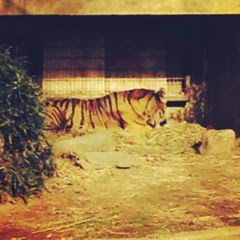 Unfortunately the tiger cubs were not out when we headed over to the Big Cat area.  Boo.  I really wanted to see the cubs.

We did get to see some other animals while visiting the zoo. It was not all panda and tiger cubs. 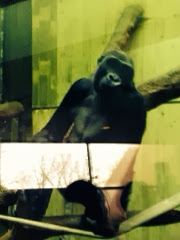 The Gorillas were not amused with us. 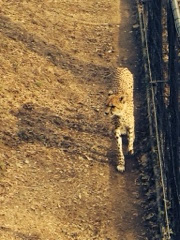 The cheetah wanted some cheetah friends to play with. 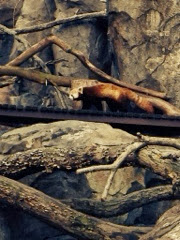 The Red Panda, I think,  felt a little short changed with all of the panda craze.  Really he is just as cute as the giant pandas!

What is your favorite animal at the zoo?
Posted by Running Librarian at 8:53 AM

I love zoos!!! When the boys were little we went all the time when we traveled. They loved the baboons (because they have red butts) and the brown bear at the Philadelphia Zoo because it pooped while we were standing there - the joys of boys!!!

A three hour wait to see a panda? Yikes! Good thinking on the early visit!

Kim, funny thing..was we were checking out Tain Tain the daddy giant panda, he pooped and the girl beside us (adult) said "ah I missed the poop" and then while watching the zebras a little girl declared that she new the zebra was going to poop soon and that is why she loves zebras because they poop!