I have been off from work all week long.  There is just something about a snow day that I just love.  I love the fact that it is a gift of a day and I often use them as my lazy days.  Well so far I have had three lazy days in a row.  I have had lots of time to clean and bake..but did I do that..some but not much.  I did make no school strawberry pancakes 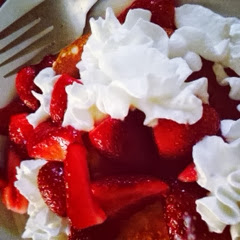 I used most of my snow days to read.  I have read a book a day.  Ah it has been great.  I started with some free book from Amazon.  They really sucker you in with the free book and of course it was the first of a series so I had to read the other three books in the series too.  And of course those books were not free. :) I also guess that works out to more than a book a day.  Ah my days ran together so much that I can't keep track of how many books I have read #firstworldproblem

We got a few inches of snow and under the snow was ice.  So today was the first day that I have actually left my house.  I am such a home body during snow days.  Nothing beats a book, a blanket and some mindless TV during snow days.  I did get out on Tuesday morning before the snow started to fall to get a workout in at the gym.  I used Wednesday as my day off since there was ice everywhere.  And I think today I will be able to head to the gym.  The only problem I had at the gym on Tuesday was that I was not the only person that had the idea to head to the gym before the snow.  I ended heading over to the elliptical since all of the treadmills were taken and then finish my workout on the bike.  I am hoping that today everyone went early to the gym and I don't have to fight anyone for a machine. :) 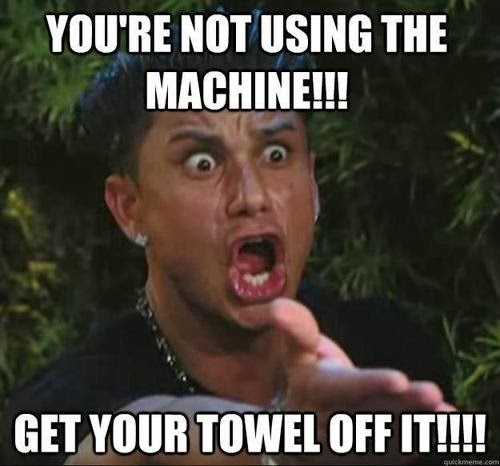 What do you like to do on a snow day?
Posted by Running Librarian at 4:17 PM

I'm like you - a snow day is a bonus day and I don't use it to catch up on stuff. When I worked at a school I always just let it be a day to hang with my kids and be a bum. And I have a rule about snow days - I never leave the house (not even to check the mail)!!

Kim that is funny because I have not checked my mail all week. lol

I am such a homebody in the winter too. Thankfully I like winter running so it gets me out more but I'd be perfectly content in comfy clothes, hanging out at my house 24/7 during the winter months