I know I said I would never run another full marathon after last year's Marine Corps Marathon.  But after thinking about it, I thought maybe I could try it one more time.  I thought why not put my name into the lottery.  I now know what to expect.  I know what 26.2 feels like.  I know what the training involves.  I also know I had a month of PR's in October because of MCM training.  I was running more weekly miles than I normally run.  I also know I was a bit disappointed in the amount of walking for the last 6 miles.  I know I can do it better than last year.  At least I hope I can do it better than last year.  You never know what race day will hold, but I would like to think I can improve a bit..or a lot.  So I thought about it.  I proved I could do it last year, now I would like to see if I can do it a bit better than last year. 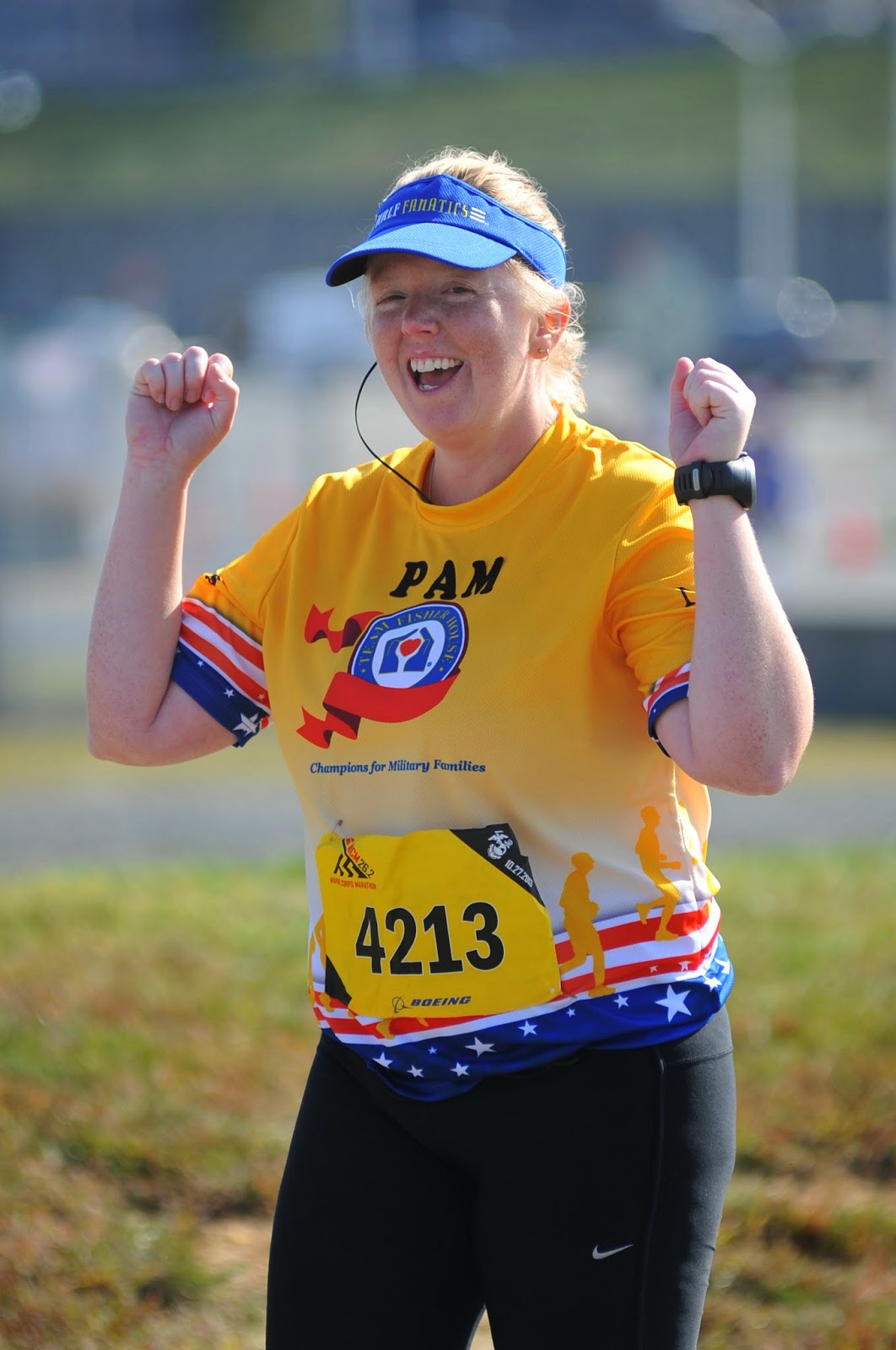 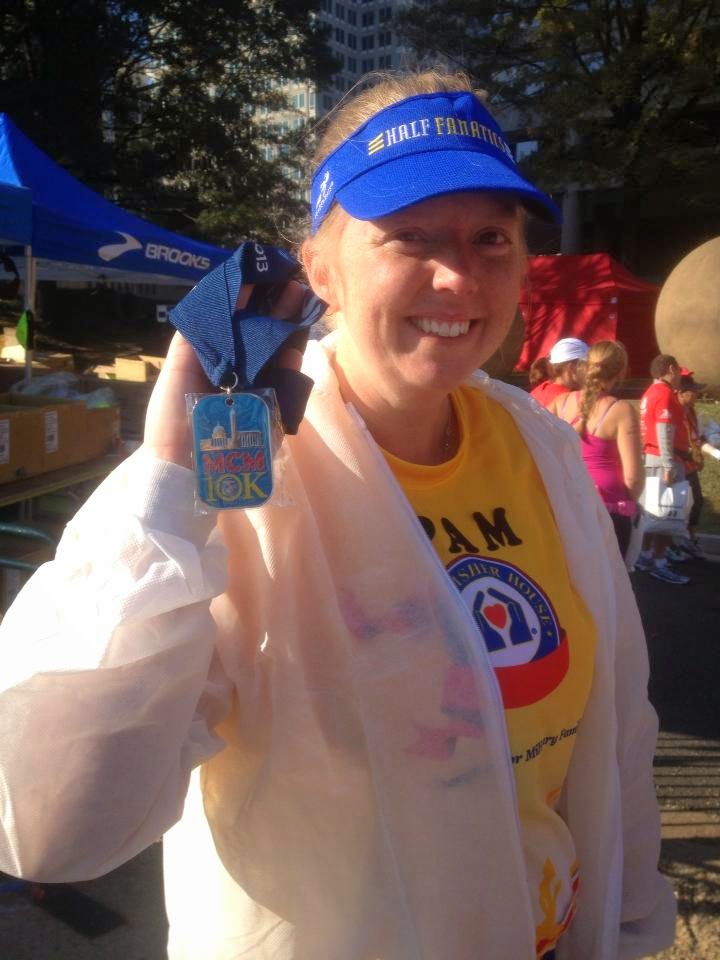 I remember being so scared of running a full marathon.  Will I be able to do it?  Will my knee hold up?  Mentally can I hold up?  And I came through and finished.  So I proved I could run a full.   I don't know if I have ever felt more emotions than I did crossing that finish line.  I put my name into the lottery to see if I could come back and tackle 26.2 and see what I can do with it the second time around.  I figured if I put my name in and didn't get in, it wasn't meant to be. I would be fine with that.  But what if the universe thinks I should try it again too?

So I know I said I was one and done, but a girl can change her mind.  I'm going back to see what I can do the second time around.  The universe thinks I should try it again.  I got in to the Marine Corps Marathon!  Who knows maybe I will fall in love with the distance or maybe I will say two and done.  We will see.

Posted by Running Librarian at 6:10 PM

Great post! Congratulations on getting in the MCM. That's on my list of races to do one day! Bummer that you only got a 10K medal...especially after a marathon. Did you ever get your real medal?

Oh, if I had a nickel for every time I started a statement with "I know I said..." LOL...Congratulations on getting in! I would love to do the Marine Corps. Maybe someday. I'd like to do another 26.2 myself. The big ones near me are LA, which is in March and the weather is always unpredictable, and Rock and Roll San Diego, which I had my best 26.2 experience ever in. I'm kind of afraid to do that one again and sully the memories. It's a hard distance to train for, but as you say, a lot of benefits come from it.

Jaime, I got my medal later that week.

Congrats on MCM #2! Maybe marathons are like potato chips...you can't stop at just one!

Hooray (or Ooh-Rah!!)!
I'm excited that you are giving it another try - so awesome!!! At least this time you won't have the fear of the unknown!!

I would love to run the MCM and hope to one year...haha if I'm still running!
First, you did run a marathon. Congratulations! Roughly 40% male/female runners complete a marathon. Welcome to the club!
Second, Agree with Jennifer, after my first marathon, I hugged a friend & said, "I'm NeVEr doing that again!"
I'm doing my 4th marathon in June & my 5th in November.
Third, you're already a rock star. Posting your feelings & letting others read about your experience is fantastic! So get your ass out there & say "yes sir, may I have another!"

Congratulations on getting into MCM! It was my first marathon, and I loved it. I shared your same mix of emotions as I crossed the finish line.

I told myself I would take this year off from fulls, but lo and behold, I threw my name into the NYC lottery and got in!