Today was the St. Patty's Day 8K in DC.  It was also spring forward.  I thought I would get to sleep in a bit. Turns out I was wrong.  I woke up and dressed.  This time I did not forget anything at home.  Garmin..check, music..check...metro card..check.

I headed over on the metro.  As soon as I got out of the metro I couldn't believe how cold it was.  Weather.com said it was 47 but with the wind it was more like 35.  Yikes!  I was going to check my jacket but I thought it might be better to hold on to it.  I found Jen shortly after I got there. 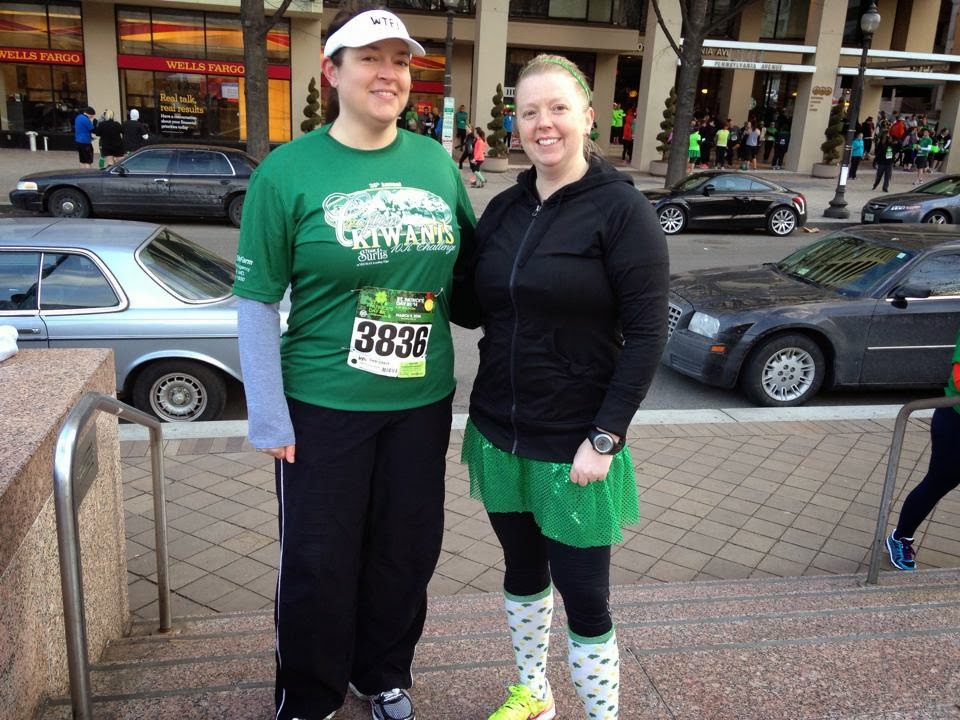 I got to wear my sparkle skirt that I won last year!  It is perfect for a St. Patty's run!  We then ran into Megan and Sandy.  We also ran into Woodrow Wilson!  I love a great costume!  So of course we had to take our picture with him! 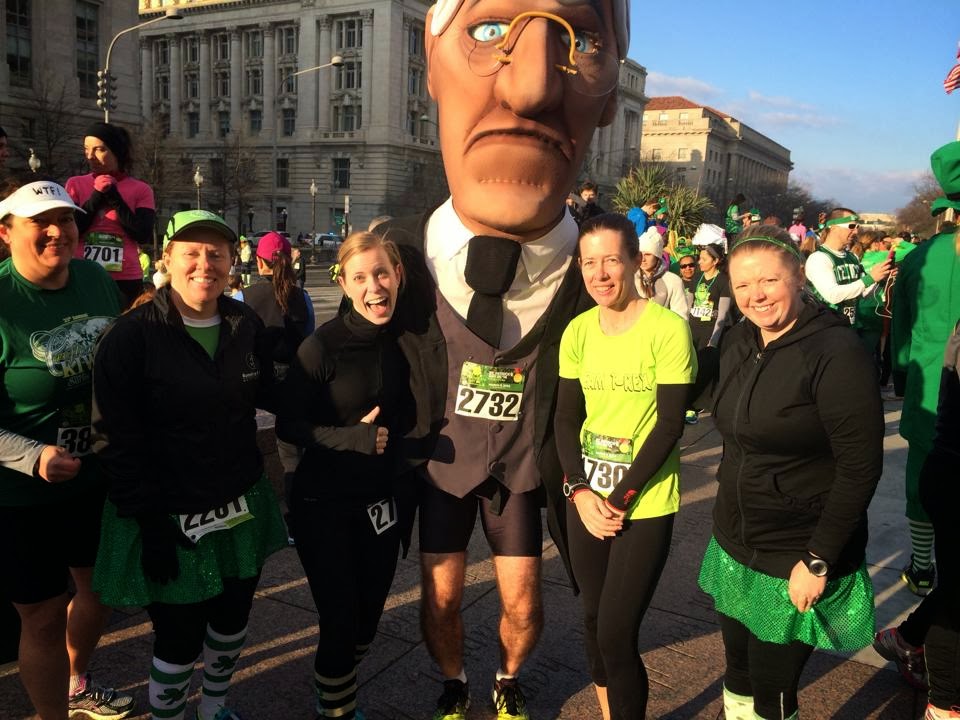 We all headed over to our places.  It seemed like forever until they started the race. 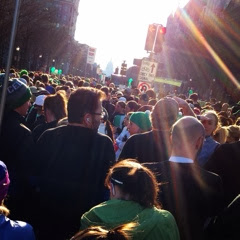 As we were standing around waiting to run I was getting colder and colder.  So glad I still had my jacket!  I also had some cut off St. Patty's socks as arm warmers.  So if I needed to I could take off my jacket and tie it around my waist.  Turned out that is what I ended up doing.  My jacket barely made it to mile 1.  I felt pretty good for the first few miles.  My energy started to dwindle pretty quickly though.  I guess cereal for dinner is not proper race fuel.  Note to self for next weekend's half marathon.  As I approached mile 4 I overhead a woman tell her friend that we are really far from the start.  But it is ok, they have walked that far before..umm I think we have less than a mile to go.  Yeah I couldn't figure out how she figured out that we were really far from the start.  I guess her far and my far are two different things.

I finished and went to find everyone.  Jeff joined us!  We haven't seen Jeff is awhile.  So it was nice seeing him.  We then decided that we would head over to The Shake shack since we all got a free shake for running this race. Who could turn down a shake??  Not this girl! 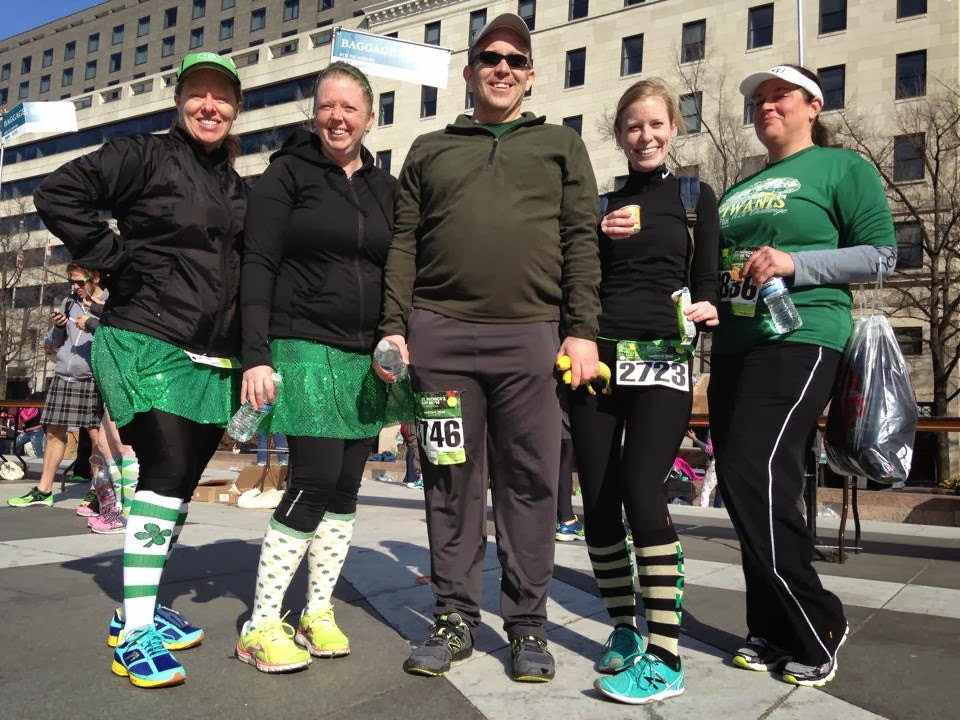 We followed some runners over to The Shake Shack and were very sad.  Not only were we freezing from the wind.  But The Shake Shack wasn't going to open for another 20 minutes!  We decided that we would head over to Dunkin' Donuts and try to warm up.  Best hot chocolate ever!  We then headed back to the Shake Shack and a line out the door!  We were all hoping that people were going to give up on the shake and it would just be us.
We finally made it inside and I got a yummy burger and shake..black and white of course.  Yum!  We were lucky to find a table to sit down and eat.  A great way to end a great race!

I got home to find out that I PR'd too!  I knocked off almost 5 minutes off of my last 8K.

Posted by Running Librarian at 5:52 PM

I love a good race costume! Those socks are perfection. Congrats on your PR!

Congrats on the PR! I love a themed race!

It must be amazing to run in DC - I would love to do that.
Congratulations on your PR!

I do love running in DC. It is a great place to run a race. Thanks for the congratulations too!