What I learned from my craptastic run...

I was supposed to do 20 today..I am few miles short so tonight I will put in the extra to call it a 20 day..

I should have known it was going to be a crappy run b/c I couldn't get myself ready and out the door very fast..and I almost hit a deer on the way to run.  I was hoping the almost part was a good sign because I didn't actually hit the deer.  And also I am not sure it came onto the road..but it hung out right beside the road and watched I my car swerve as if at any moment it was going to leap at me..so I wanted all of that as I good sign.  I started off my run with coolish temps and no sun at 7 am.  I was trying to get out there a bit earlier but I didn't want to run the small amount I was running on a pretty busy road in the dark so I was fine with the 7 am start time.  I felt pretty good for the first 8 or so miles..I had shade for most of the beginning of my run. 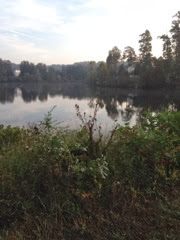 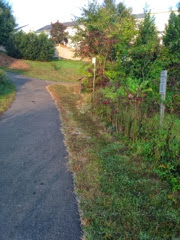 The small lake I run around.

Then I headed for open roads and the sun was out and it was starting to get warmer.  Ah the beginning of the end for my run.

1.  I think I may die at the end of the month.  I am hoping that this is like the stage..A poor dress rehearsal means you will rock the opening day..please let that be the case.  My last 17 miler was all rainbows and unicorns..but today I spiraled into Dante's Inferno..and at one point I think I was at the 7th layer of hell. 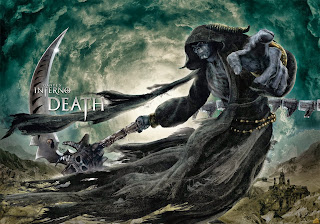 2.  I am so slow.  I know I should probably just focus on the time on my feet.  I think if I was a bit faster marathon training wouldn't be so horrible.  Maybe I will work on increasing my speed after this..I am hoping that the slow bus does not pick me up.  Today my time was all over the place..I'm hoping that race morning I will be better.  And lower temps should help me too.

3.  I need to get better at getting in my mid week runs.  September is horrible with running.  I never am good at working out the first month of school.  Ugh..I'm paying for it.

4.  I headed into the Grocery store to get some Gatorade since I was sweating up a storm and as I was leaving some man asked if I just ran the 5K across town and if the roads were open.  Umm...first if I did I don't think I would wear a camel bak and if I did wear a camel bak I think I would take it off once I was in the car and would not wear it inside to pick up some Gatorade.  I guess I look like someone who loves her camel bak.

5.  I am thinking that the half marathon that I signed up for next weekend will be a good thing.  I need some good runs before Marine Corps.


Here is hoping you all do not have many craptastic runs!

Posted by Running Librarian at 1:01 PM

I'm right there with ya--my 20 miler a couple weeks ago almost killed me. Hoping like crazy that I got the bad run out of the way and will have a wonderful marathon next weekend!!

Sorry it wasn't a great run but always good to get the bad runs out of the way before the race!!!
Funny that someone thought you raced a 5K with a camelback!

Oh, that first month or so back to school is hard, isn't it? It's not just the work you're trying to get done, but the adjustment to routine, and being around so many demanding little people! I feel you!