Learning to read a calendar

Well it looks like I will not be moving up in Half Fanatics since I do not know how to read a calendar.  I thought the Chambersburg Half was on a Sunday which works out great, however once I learned how to read a calendar looks like it is a Saturday race so no half before RnR USA which means I am not moving up in Half Fanatics (I needed 8 halfs in 365 days.)  So I guess I can work towards 8 this year. 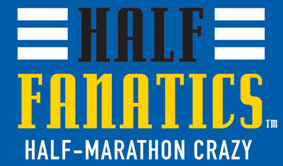 Here is what I have on my list for this year:

March - RnR USA - This will start off my racing season..it is the first long race of the year.

April - Cherry Blossom 10 miler (doesn't count towards moving up in Half Fanatic Land..but it is still on the calendar)

May - Marine Corps Historic Half - I know I said I would not run this race again after last year's hill horrors..but I'm running a mountain in June and hilly Pittsburgh so I figured it would help get me in shape. And who can say no to a race that is fifteen minutes from home?  I hope I don't live to regret this race.

June - Hatfield McCoy Half - this should be a really great race (except that I am running up a mountain)  Anyone  have any thoughts on a hotel..must book this soon.

August - Biggest Loser Half in Erie - I'm running with my friend JoAnn, this will be her first half marathon. So hopefully she will enjoy it and start to run longer distances more often.
RnR Pittsburgh - I have yet to see the route, but I am sure that it will be over at least one bridge (it is the city of bridges)

September - RnR VA Beach - I know I hated the heat last year.  I am sure I will still hate it this year..but it will give me three RnR races which means extra bling!!  And I can stay with my friend Kristi so who can say no to that?

October -Heritage Historic Half - this is the race that I had my last PR.  I like the small race atmosphere so this is an easy yes to run for me.

December - I would like to run the Blue and Gray Half - once again it is only 15 minutes from my home.  I wanted to run it this past year, but it didn't fit in with my schedule.  Hopefully this year it will fit in better.  If I end up with tickets to a Steeler game this weekend there will be no Blue and Grey Half for me.

It looks like I need one more half to move up in Half Fanatics..I will be looking at a calendar to see what is out there and what I would like to run.  I might just have a very busy running year again.
Posted by Running Librarian at 8:04 AM

Email ThisBlogThis!Share to TwitterShare to FacebookShare to Pinterest
Labels: Half Fanatics, race calendar

Eight half marathons in a year is a lot! Especially considering the registration costs these days. Then there's finding them locally. But, if that's the rule, they must consider it do-able. Good luck and have FUN!

Looks like a great schedule, too bad you are not coming up to Chambersburg! That's my local race, would've been nice to say hello!

Abbi, maybe next year it will work out with my calendar! The crazy thing is that I have been eyeing the Chambersburg race for over a month and the week before I realize that it is not a Sunday race..ugh..

Wow, that's a lot of half marathons! Sounds like fun!