looking back on my running

I know it sounds like a New Year's post..but sometimes you just realize how far you have come from that first time you started running.  Today was yet another snow day!  Yippy!!  Today I realized I needed to get out and run.  If I sat anymore on my couch I think my a$$ would turn into a couch.  I decided to explore a new neighborhood.  I knew what would happen if I went in my hood (a one mile circle) I would be able to stop and head back to my couch at some point after each mile..not what I needed to happen.  So I headed to a new neighborhood hoping that it wasn't super hilly.  Turned out it wasn't bad..some hills..ended up running 7 miles.  Very nice day for a run..50 degrees outside...the only down side was some puddles from all of the snow melting. 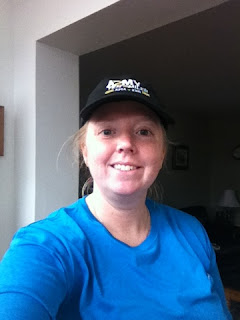 Look! I do not look really miserable after my 7 miles!

After my run I got to thinking how far I have come with running...lets take a little walk down memory lane...

I remember last week at the beginning of my running journey hating to run 3 miles.  How was I going to run longer distances?  Ok I am sure I didn't really think of running longer distances, just not really enjoying running on my own.  I have always loved running on race day though.

Then I was talked into running my first Cherry Blossom 10 miler!  The first time I ran the Cherry Blossom I didn't train properly.  I had ran 4 miles before running 10 (smart I know!)  Ugh!  After the race I didn't know if I wanted a banana..to throw up to sit down or needed to walk..I was so disoriented! 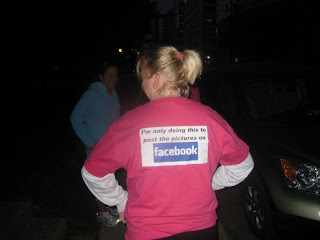 The back of this shirt says it all..  I'm only doing this to post the pictures on Facebook! 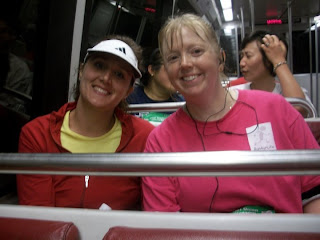 I remember feeling horrible after this race.  Running 10 miles after running your longest of 4 miles is not the smartest thing to do.  I wasn't sure what my knee would be able to do..but I hope it would allow me to run 10 miles.  I didn't know about gu chomps yet..or wicking fabric.  That lovely cotton shirt that we made weighed a ton after soaking up all of my sweat.  Ugh..never again!

After that first 10 miler I started running more races.  I loved race day!  I still love race day.  Most of my races were 5k with a few 10K's thrown in. Since then I learned that you do have to run longer than 4 miles..it does make a difference which shoe you run in.  Wicking fabrics are my friend!  I also slowly started to read more about running and runner's blogs. Somewhere along the way I purchased my first subscription to Runner's World. I love when that magazine shows up at my door!

My second Cherry Blossom was not nearly as bad as the first.  I actually ran more than 4 miles and discovered that gu chomps work for me. ( I still have issues with staying with my training calendar)  I found out that the gu chomps help to make sure that I am not dizzy after the race and I don't feel nearly as bad as I did after that first 10 mile race.  I felt so much better that second year that my friend Kristen and I decided to sign up for our first half marathon!  Yeah we were a bit crazy.

My first RnR Philly race was a disaster!  We both must have picked up something from the hotel because we were both sick as a dog after the race.  Ugh...so disappointing because I actually had my best training runs prior to that race!  Now I don't know if I could ever run Philly again because of that one experience.  I think it took me a month to realize that I wanted to attempt another half.  Philly left an awful taste in my mouth and I needed another race to get rid of the bad after taste.  The Flying Pirate turned out to be the perfect follow up! 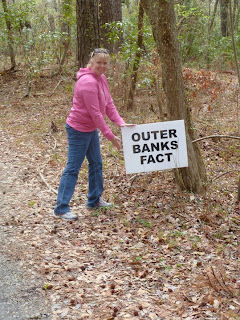 Why was I taking a walk down memory lane today?  Well I had a pretty good run.  3 years ago I don't know if I would go out to run a 7 mile run and come back home and still be able to function.  My feet are a bit tired, but other than that I am feeling pretty good.  Amazing how far I have come since those first few races...and I still have lots more to learn.  Bring it!

Posted by Running Librarian at 4:14 PM

Amazing! Very inspiring. You should be sooo proud!

I love your running story!
Always neat to hear how other runners started and find out about their running past.

Awesome workout and keep going! I complete understand about hills!

Great! It's always so amazing when I read posts by others and realize how much I can really relate to it :)