I ran 6 miles yesterday!  I've had this mental block about running over 3 or 4 miles.  Yesterday I broke through that block!  It may have helped that it was a beautiful morning for a run and I knew Megan and I were going on a cupcake tour.  How many miles does a person have to run to burn off one cupcake anyway??  My plan for Monday is to head back to run Burke Lake (since I am done with summer school I have more running time on my hands) and run 2 loops (9 miles).  We will see how that goes on Monday.  Looking back over June I barely ran.  I have more than tripled my amount of running for July!!  The heat is still kicking my butt, but I'm still out there running.

So after my run I met Megan for our cupcake tour of DC.  After some research we had our cupcake areas mapped out.  Megan was thinking we would hit around five cupcake places.  I had my doubts.  That is a lot of sugar.

We headed down to Old Town Alexandria and hit up Alexandria Cupcakes. I decided to try the Guinness cupcake and Megan got the blackberry. 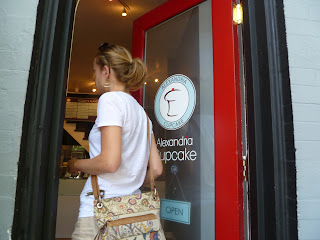 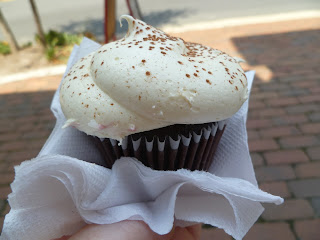 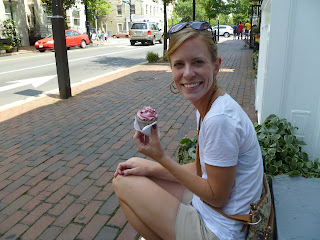 The only sad part of our first cupcake stop was that I had a party foul.  As I was trying to unwrap my yummy cupcake it fell on my lap and all over my camera.  Ugh!  That icing was just so yummy to waste on my legs and camera.  Don't worry I cleaned it up nicely:)  Alexandria cupcakes was a keeper.
Next up was Lavender Moon. 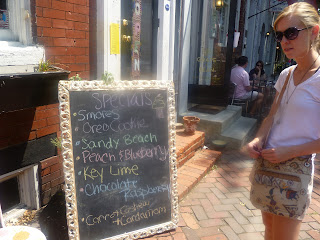 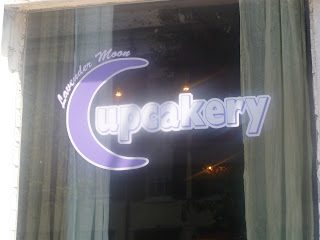 Megan had the Sandy Beach and I had the Chocolate Raspberry. 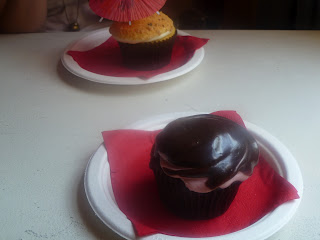 Megan was not a fan of her cupcake.  Mine was ok.  The cake was dense and yummy, the icing..it was ok.  I definitely preferred my Guinness cupcake from earlier.

After our Alexandria tour we headed into DC.  We headed for the new Martin Luther King Memorial.  This was our third attempt at visiting the memorial.  There is just something I love about playing tourist.  It is amazing how close we live to so much history and many people in the area do not get out and explore it.  Our plan was to see the MLK Memorial and then locate another cupcake place. 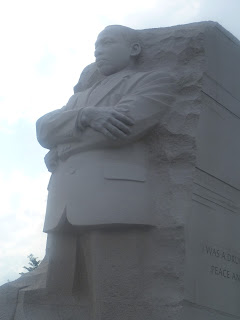 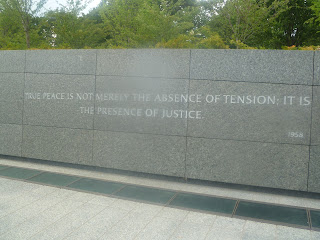 MLK Memorial was very nice.  Hopefully we can see it at night all lit up soon.
After walking in the heat we decided to head to Capital Hill to find some food.  It was a very warm day and I thought it would be a good idea to get some food in our belly's before more sugar.  We headed to get s a slice of pizza.  At this point I just wanted some food in some A/C.  After dinner we were both not feeling the best.  I think heat and sugar do not really mix.  So looks like our Cupcake Tour was going to end for the day.  The Cupcake Tour will take on part II sometime soon.
Great day  all around!
Posted by Running Librarian at 12:15 PM