Big Hugs to all of you Runners because it's 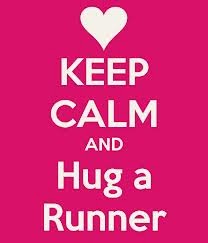 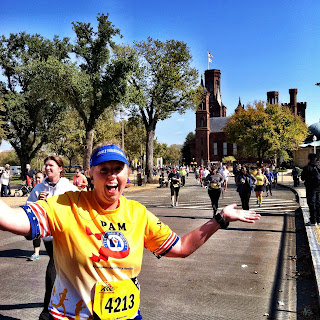 Hugs to you all! 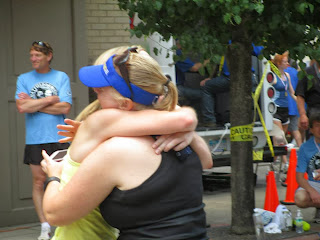 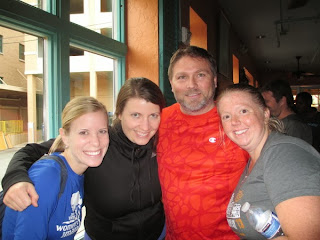 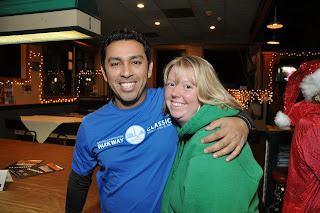 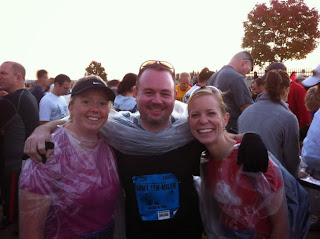 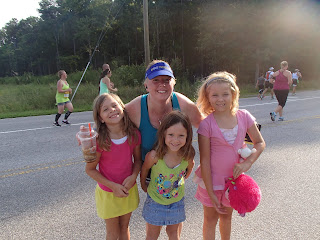 I hope you all have the chance to hug a runner today..if  not hug one tomorrow! Runners give great hugs!
Posted by Running Librarian at 9:00 PM No comments:

Email ThisBlogThis!Share to TwitterShare to FacebookShare to Pinterest
Labels: hug a runner day

I was looking back over posts from previous years and noticed a trend..I alway seem to have a rough time running in November and December.  Looking at my running calendar, I also noticed that I was sick last October so that month was not very consistent.  Which means that I guess I have been a better runner this year than last?  So I don't feel really bad about my not wanting to run lately.  It will come.

I did run this Tuesday with run club, even though it was really cold outside. Megan and I were talking about not running.  But how could we not run when it was her 100th run at runclub?! And just like always, I warmed up quickly once I started running and I didn't notice the cold.  I really hate these first few colder runs.  It takes awhile to figure out the clothing needed and what temps are going to feel horrible and which temps are pretty ok for running.  I normally stick with capris and short sleeved shirts until the temps fall below 40 degrees.  But when you have had days of 70 degree weather followed by days of 30 degree my body just doesn't want to get used to that!

When we came back in from running, Megan received her long sleeve run club shirt for running 300 miles for beer. 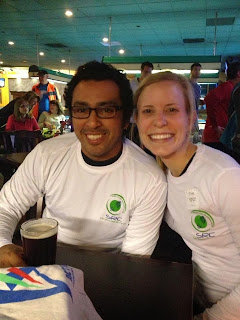 Nestor came too and he earned his 100th shirt too!  We also had cupcakes galore!  Jen brought some yummy homemade cupcakes and I stopped off at our yummy cupcake place near school to pick up some 100th run cupcakes! 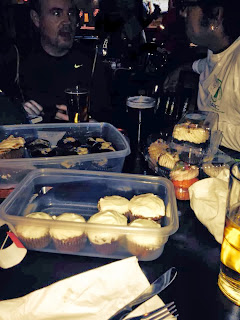 We had lots of cupcakes to make new friends with too :)  Really who does not like a cupcake after a run?  Way to go Megan on your 100th!

Today I was planning on going for a run, but I think I am going to scrap it..I will go tomorrow for a long run.  Today I have some chicken and dumplings in the crock pot.  And this afternoon Ironman Kona is on.  I love Kona!  You would think I would have some secret desire to run an Ironman..I don't.  I just am in awe of what those athletes that do an Ironman and especially an Ironman in Kona.  Well a tri is awesome by itself, but add the heat of Kona and Wow! 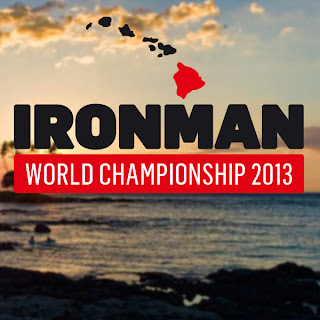 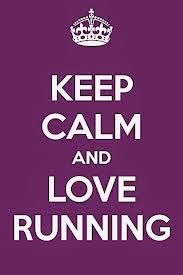 1.  sinus issues
2.  knee bothering me
3.  back has been hurting from boot camp last week
4.  It has been (insert one or more of the following:  too hot, too cold, too windy, too rainy, too dark, too sunny, too tired to run..etc)


I remember when running and I were in love..I couldn't wait to come home and put on my running shoes on and head out the door.  Or the times when I just would daydream about all of the fun spots I could head out to and run..Ah the butterflies before we would head out the door to meet on the road..and the smile that you get when you are together.  Ah young love. Don't worry I think the love will be back, we are just going through a bit of a rough patch.

I have a half marathon coming up at the end of the month..well the weekend before turkey day actually..so I need to get my running legs in gear.  Annapolis will be here before I know it.  Tomorrow is the day it all comes together.  I am either running the hood..or the gym..either way there is no reason not to put on my running shoes.  Sometimes you just have to suck it up and get out there and run.  I have been walking Riley more..so I don't feel like I have been a total slug.
Posted by Running Librarian at 7:30 PM 5 comments:

Email ThisBlogThis!Share to TwitterShare to FacebookShare to Pinterest
Labels: excuses, no running

Look what came in the mail!

So on Halloween night I got a nice treat.... 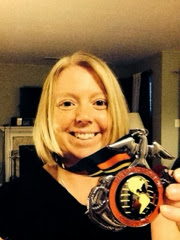 My Marine Corps Medal came!  I was happy to get it so quickly.  The fact that I got it so quickly leaves me to believe that a box might have been left in someone's office..Oh well it made me happy.

I did wear it to school on Friday.  The kids loved it.  One teacher yelled at me for distracting his kids as they were walking down the hall.  Its not my fault that the medal is so shiny and it spins!  You have to touch it!  Some kids were very impressed that I must have won first place..umm yeah we all feel like first place winners when we finish!  Who knows maybe I have inspired some student to start running.  I also had a few students who were stalking me as I ran. Funny I didn't tell them how to stalk a runner, but some figured it out.  Some might be a bit weird-ed out by that, but I thought that was so nice.  Especially since I questioned if they were listening as I was telling them about my first full marathon and how I hope I finished.  I guess some of them listened.  I also had a bunch ask me if that was the medal from my full marathon around my neck.  So I guess more listened to me than I thought.  I also had the few that asked me what I did for the medal?  Umm we talked about it last week.  Yep that kid wasn't listening and could care less about my running stories. lol

I will say that I have some very nice friends.  Megan offered to let me wear her medal on Monday since I was so bummed that I couldn't wear it to school to show off to the kids.  My friend Keith, who I joined  his fundraising team for Fisher House, offered to give me his medal since he felt so bad that I didn't get one.  Keith must not enjoy bling because honestly I don't think I would give that medal away!  And my friend Juli at school, her husband ran it and was really appalled that I didn't get a medal.  He came in on Friday with his medal and was going to give me his medal.  How nice.  But no need I now have my own.  And really people you earned your medal as much as I did!  I tell you what, runners are great people!

I took this week off from doing pretty much anything.  It has been pretty nice not having to worry about running X amount of miles.  No stress.  Today I think I will head to the gym and do the stuff around my house that has been pushed to the side since marathon training.

Enjoy your weekend!
Posted by Running Librarian at 9:00 AM 7 comments: