School is out and I am one happy librarian!  I love no school!  No schedule, no need to be anywhere at a certain time.  Unfortunately that will change in July since I'm teaching summer school, I don't really think of alarm setting for summer school since it is not a full day of work. Since this is my first no work week I thought I would get lots of stuff done at home and my running would be awesome. Yeah not so much. I've cleaned out half of my kitchen cabinets (don't be jealous) and have taken lots of naps. I've also been able to sleep in this week, which is odd, I normally never sleep past 7am.
Well with all of that sleeping ( I must be deficient in sleep) I have not been running much.  I did go to run club last night and I thought I was going to die running in the heat.  Marathon training starts next week and those first few weeks may be a bit brutal if last night was any indication.
In between my naps I've discovered the joys of fruit in my water. Yumm 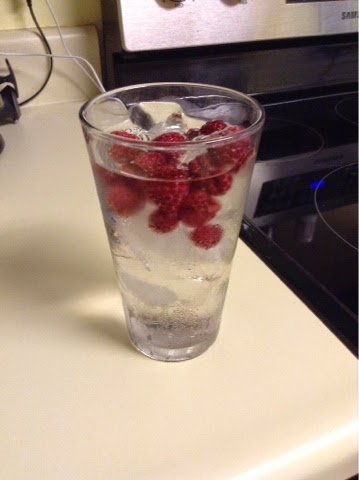 I bought some frozen raspberries and added them to my water today. I have been putting strawberries in my water too. It really has helped me drink more water.  And really we all could use a bit more water in our day.
I'm going to have to set my alarm for a morning run tomorrow.  No excuses!
Posted by Running Librarian at 8:24 PM 1 comment:

So I've talked about quitting my gym. There is always some reason I could come up with to stay with the gym. Most of those reasons started with "what if". What if its really hot out I can run on the treadmill. What if it is really snowy and icy I could run at the gym. Instead of thinking of the what if I started thinking about now. How much do I use the gym?  The answer sadly is not much. There are months that I pay for my membership and I don't use it at all. So I quit!

I have quit the gym but I've started with a different kind of gym. I'm now heading to a kettle bell gym. I hate lifting. But it is not that bad when you do it with a group...I guess. 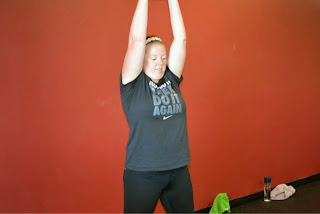 Lots of push ups and planks..everything we all should be doing but I hate to do. I end up sweating like a busy hooker on a hot summer night after just the warm up. Ugh. I figure this will help my running and add some muscle.  What girl doesn't want a little bit of muscle? 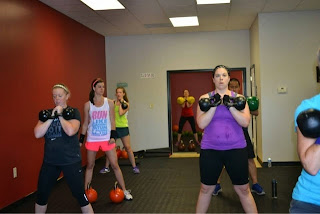 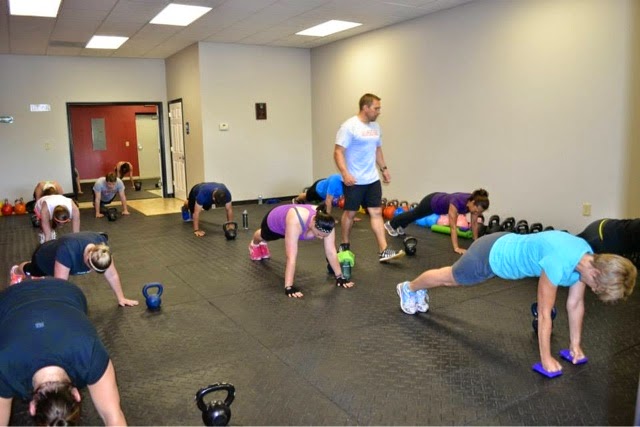 So hopefully I get more from this gym than my old gym. I will say I am really out of my comfort zone...which can only mean that this is something I should be doing.

Things not to say while cheering on a half ironman

This morning I headed down to Williamsburg, VA to cheer on my friend Shawn.  I was going to meet Kristi and my three nieces at the run portion.  This was Shawn's first Half Ironman so I was really excited to cheer him on.  The course was really cheer friendly.  The runners basically ran four loops around the park area, so we had four chances to cheer him on!

I got to the park a bit early to start the cheering.  While I was cheering on runners I saw a man that I stood behind at the portapotties at Rock n Roll USA!  How funny!  We bonded as I yelled that to him!  I also saw a guy from run club and cheered him on too.  Talk about a small running world!

Soon I saw Shawn running towards me.  So excited!  He looked great!  He left and right behind him was Kristi and the girls.  They saw him as they were driving in and finding parking. 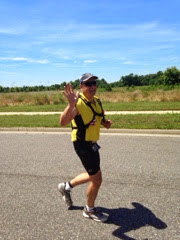 Shawn looks great as he runs by. 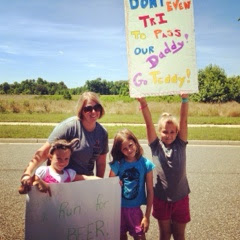 When you have a sign about beer you should always give it to the youngest child with raccoon ears.


Now the fun was going to start.  Those girls are too funny!  Kristi and I decided we need to classify their cheers into "Never Say that to a Runner" and "OK to Say to a Runner"

In the Never Say that to a runner catagory:

Keep running or you will die! (umm..runners do not like to be reminded of death..they are already feeling like death so please do not use the word die around them)

If you run faster you finish faster! (While this is true..runners are going the fastest that the can at the time..they do not need you to mock their speed)

In the OK to say to runners catagory:

You  are the MASTER!  (many seemed to like this one..or they were just surprised by this one..either way they were smiling as they ran past)

Girl Power! (the girls liked this one!)

Surprise Cowbells (the Cowbells would be shown from behind them..very shocking!)

Was not sure how to classify the yell and the "run faster to get away from my voice" cheer...that one didn't last that long. 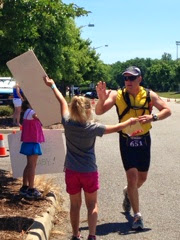 Shawn finished and did great!  It was a fun day cheering on Shawn with Kristi and the girls!  Why is it that I am just as tired cheering runners on as I am when I run a race?? 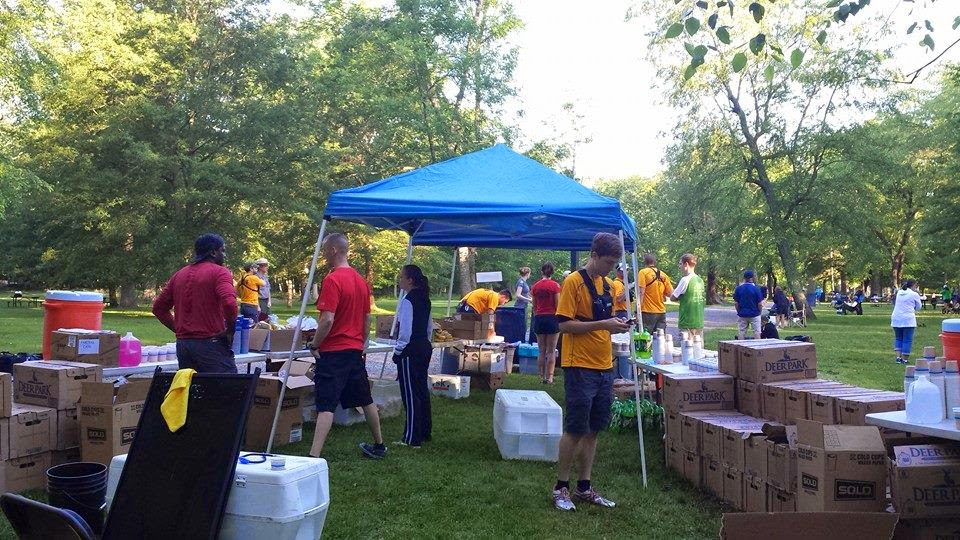 Posted by Running Librarian at 10:43 AM 3 comments: