Two weeks ago Jen and I headed out for a nice 19 mile run. It was a beautiful day. Temps were in the low 50's. It was perfect day to lace up the running shoes. I had my knee taped up and I was using this long run to see if I could complete the Shamrock full. This was the final test. I have not had a good long run yet. I was hoping this would be the day. I was hoping to see some rainbows and unicorns on the run. 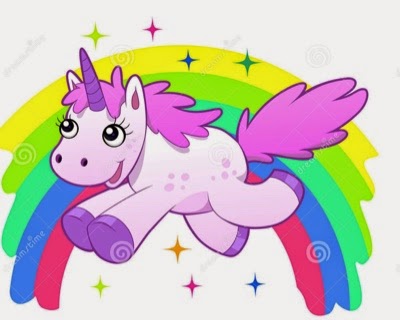 We started on the same running path that we have previously ran some long runs on. It was going to be an out and back run. I had some knee twinges at the beginning, but it didn't last. Come on unicorns! We headed out and it was a fine run up until around 12 miles then the knee started talking. Goodbye rainbows and unicorns.
Jen was a good sport and walked the last 4-5 miles. It was a nice day to be out and about. I got 19 miles in just not all of the miles were running.  Ugh. What to do?
Tuesday was run club and I went out on the three mile run. I had a pretty good pace for 2 1/2 miles then I stopped for a stupid red light. 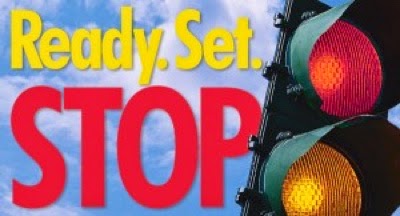 I went from feeling great and suddenly I was a ninety year old woman hobbling across the street. I did my hobble type of run and then I had to stop for another red light. This light was worse than the previous. Doesn't look like a full is in my future.
After that Tuesday I scheduled a dr appointment with an orthopedic. I wanted to make sure I wasn't messing up my leg or knee. I got in last Monday. I was pretty lucky to get an appointment so quickly. He assures me that it isn't my knee and I haven't torn anything. He thinks my quad is quitting on me and that is causing my other muscles to pipe up to prevent me from falling.  He also confirmed no full. He wants more shorter runs during the week and build up my long runs again. He also recommends sticking to a half or less.
After my appointment I decided to bump down to the half.  I basically ran the half without issues for my last long run. I'm going to tape my knee again. This time I'm going to use the extra sticky spray since the Kt tape doesn't really stick that well to me. I ran twice this past week and felt pretty good. Im hoping it carries over to my race tomorrow.  I feel pretty good about tomorrow. I think it helps that I know what the issue is.  It also helps that I do not see snow while running too.
Posted by Running Librarian at 4:17 PM

OH - sorry that you had to drop out of the full. Glad it isn't a knee problem. Did the DR give you things to do to strengthen your quad?